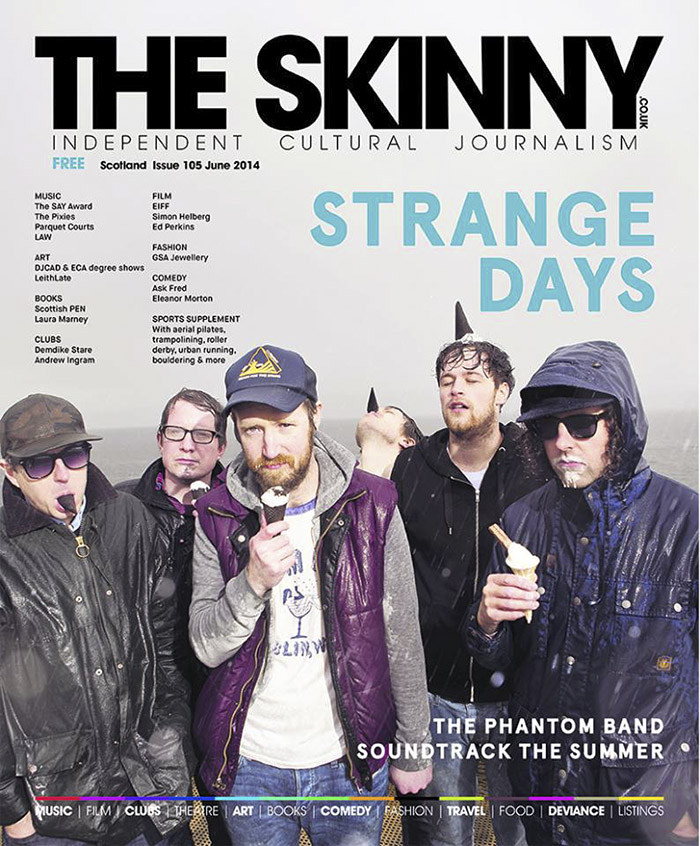 Rock & Roll, they say, is all glamour.

It’s a good thing that this is all lies and that The Phantom Band don’t exactly fall under the simplified banner of rock. Them, their music and even their name have never been simplified, so why should a photoshoot be straightforward?

To coincide with the release of their third album Strange Friend,  The Skinny asked if I could shoot the band for the latest cover and in Dumbarton. Enter stage right: two car loads of Phantoms and myself, on the road west one sunny Sunday afternoon, what could be simpler? In the run up to shoots like this I always like to prepare. I pencil down visual ideas or a theme and check out artwork. I was sent a clandestine link to the new album which I listened to in complete darkness. I packed and repacked my gear like a sherpa. I even had time for some chakra vowel chanting before meeting the guys. The band though, were suffering from their side-project obligations from the night before and had used the morning to spontaneously move their entire studio.

Fifteen minutes later, we have bypassed Dumbarton looking for a good location, made every wrong turn and both cars are now totally separated in an Exodus scale downpour. Unimaginably, the only constant to the shoot is our original idea to eat some ice creams by the seaside. We career into the first sodden, seafront we find. A phalanx of Phantoms head off to find somewhere for ice-creams and to genuinely buy chips, priorities. As always, at the height of the struggle, from the wall of rain emerges the most enthusiastic local out for his Sunday rain walk who see’s our head scratching as an opportunity for the chat of a lifetime. By the time the band are back, shielding their dissolving ice-creams with takeaway bags, we’ve been on the go for 2 hours. But we’ve had chips.

Fifteen minutes later, Helensburgh pier is littered with flakes of sodden cone wafer and streams of ice-cream runoff. The sky and the sea are the exact same colour and the rain has charmed its way inside my camera making all my pictures look like we are in a turkish bath. Except we aren’t, and to our further disbelief Andy’s car battery has died during the shoot. What a scene this must have looked from above as me and Iain push-start the car and it rolls to a halt in the centre of a lagoon of rainwater. A lucky set of jump leads at hand we wait wringing with monsoon, listening to the revs of a very low fuel tank from the other end wondering if we need to start thinking about something more substantial then chips.

Back on the road and soaking the upholstery, the guys all kick back and get talking about albums and afterpartys with no afterthought to the shoot as if this was as ordinary a day in the life of The Phantom Band as they come. 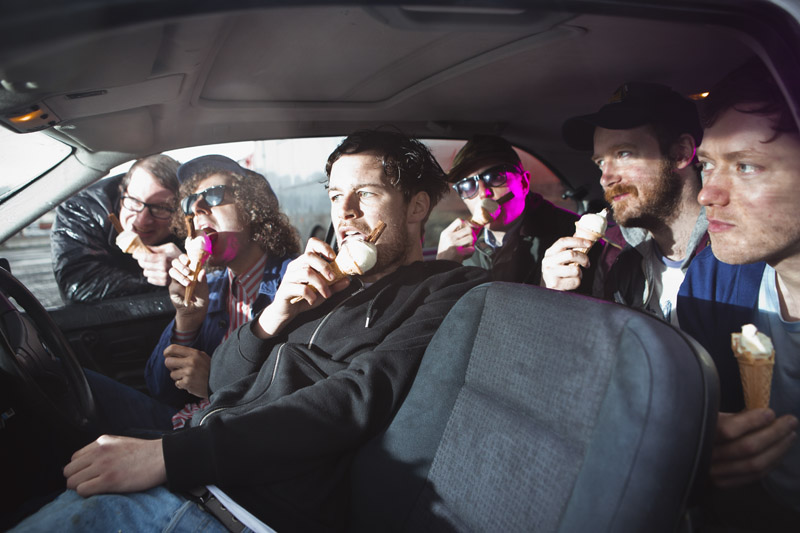 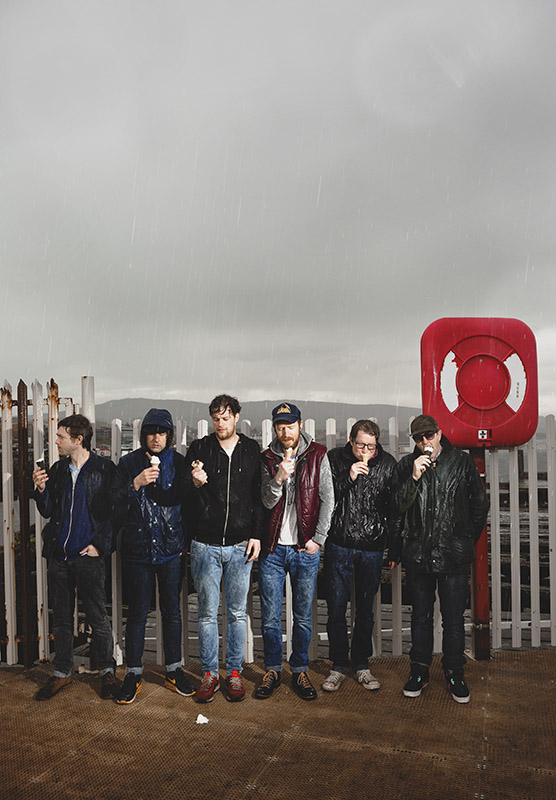 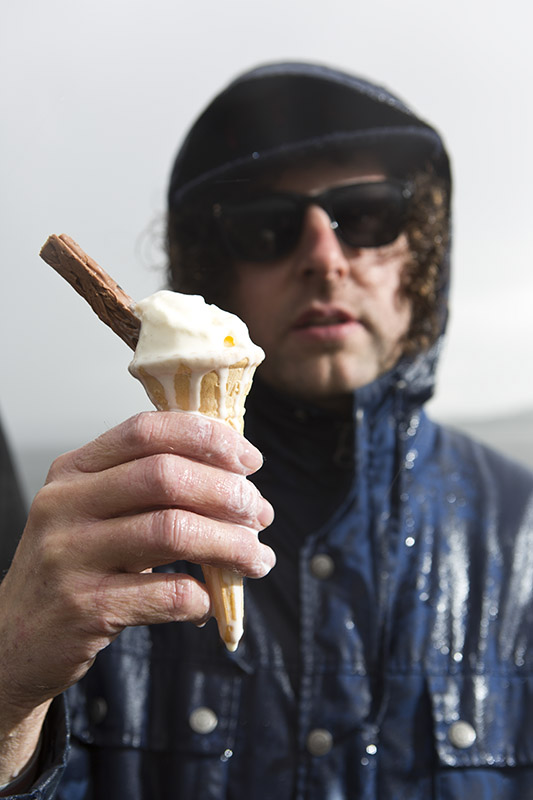 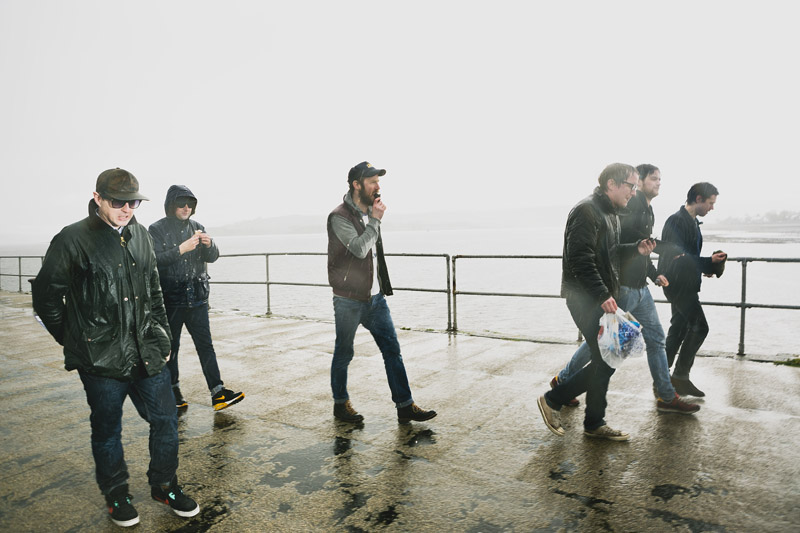 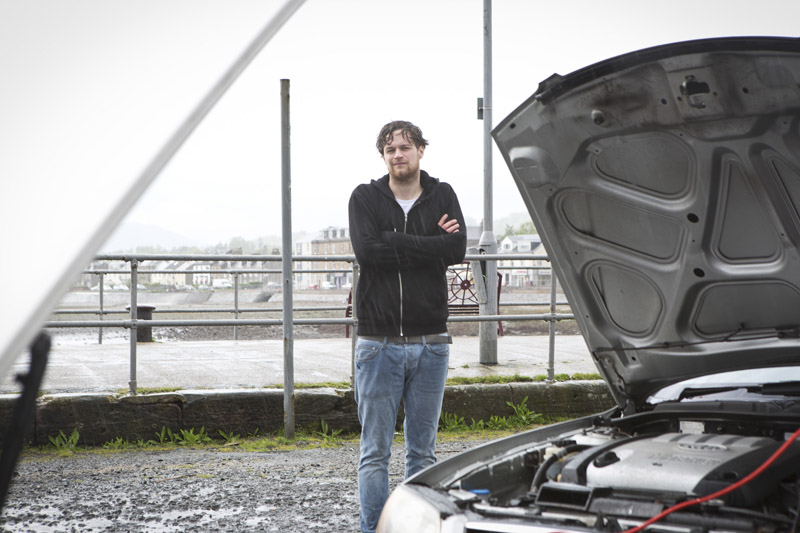 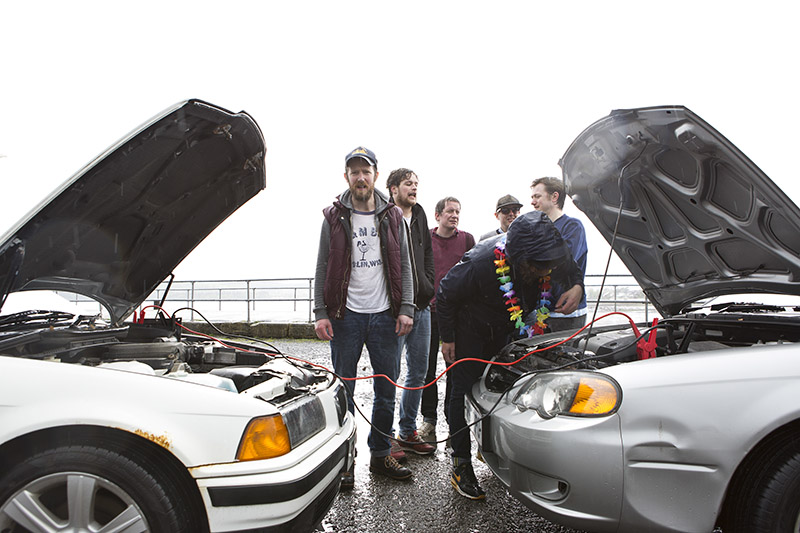 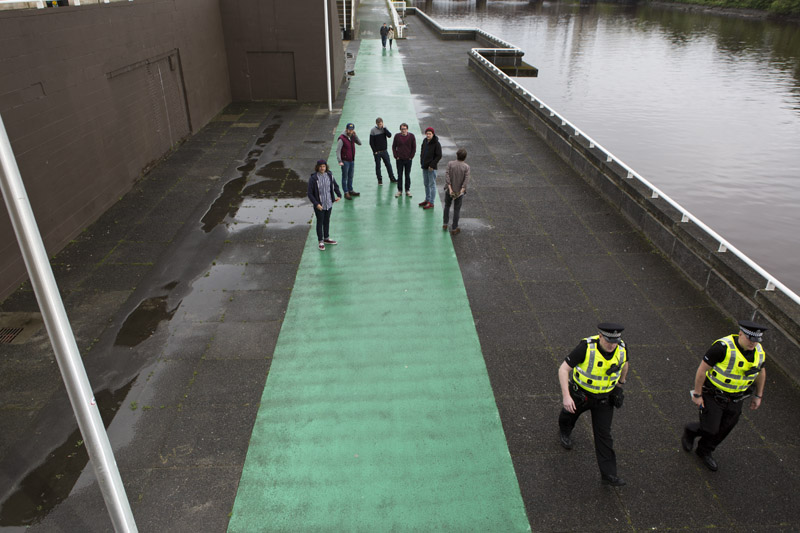 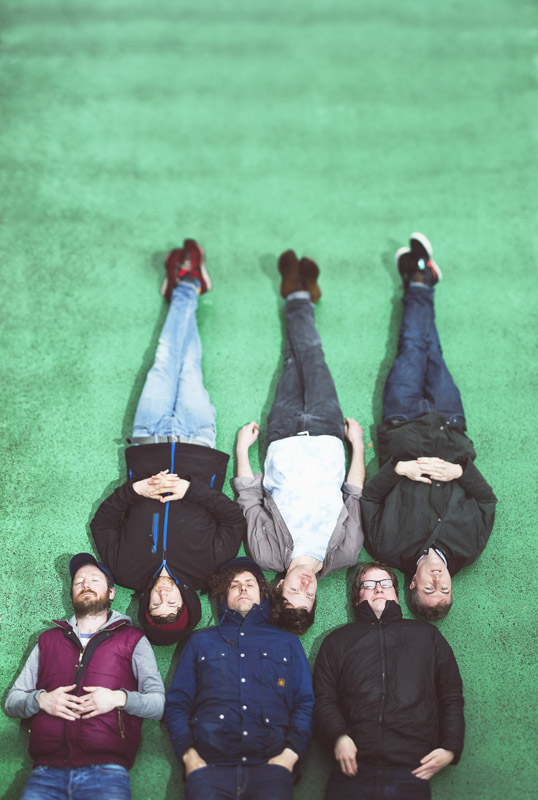